Zembok was one of the artists that was in the forefront of the movement away from the use of lead in architectural glass art.  In 1987 Zembok won the competition for the design of many large windows for the ING Bank in Amsterdam.  The project involved 150 sqm of glass. It was executed entirely using mouth-blown glass laminated to float glass.  At the time this was quite a revolutionary technique.

Zembok has continued experimenting with slumping, fusing, painting with enamels, airbrushing with enamels and mixing all these techniques in both architectural contexts and in both small and larger art gallery pieces. 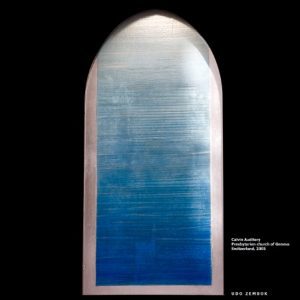 All the images shown here are made with enamels, but in each case the glass has been lightly slumped and/or fused to create that shimmering texture to the surface of the glass that holds the light and diffuses it through the enamels, creating this glowing surface to the glass.  He is an artist engaged with the creation of beauty. He exhibits quite widely domestically scaled pieces.  And uses these works to develop his ideas for larger sculptural commissions. His work is inevitably reminiscent of the Rothko tradition, but with the added dimension of light. He perceives his work as evolving by working with ever thicker glass panels in which the colours are more and more buried deep inside the material. 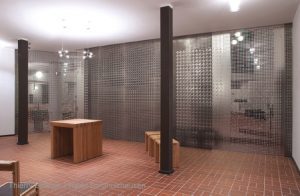 Though French in origin Thierry Boissel has been living and working in Munich for more than thirty years. Although he started out as a stained glass artist, the lure of slumped glass, and the subtlety of the textures that can be achieved became his main interest.

Boissel is part of the constructivist tradition of design, thinking in Bauhaus terms of rectilinear forms, or interacting and overlapping rectangles and colours. 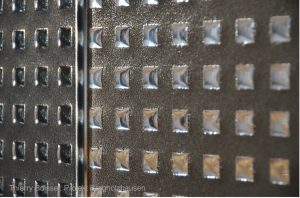 The work shown here is suitable for a contemporary architecture. Boissell is equally at home in a gothic environment where the rugged, textured nature of slumped glass works very successfully with the surrounding stone. This rough textured glass is a very suitable medium for any gothic building wanting to incorporate glass that will enclose the building, but still allowing in light. The texture does not challenge the language and medium of the original construction as happens when contemporary float glass is introduced. an unusual work for that part of the world.

Graham Jones has been a powerful influence as a glass artist for many years. Several artists relate that when they saw what Jones could achieve with glass it opened their eyes to whole new vistas of potential.

During the 1980’s and early 90’s he worked exclusively with leaded glass, but over the next decade more and more of this work was realised using enamelled colour, both transparent and opaque, on large panels of float glass.

As a stained-glass artist Jones always had a very liberated approach to the medium, using the techniques of acid-etching and painting but always trying to create a loose, spontaneous and dynamic relationship with these craft-based skills much more like Jackson Pollock than Mondrian.

Being a painter, and himself a superb craftsman in glass, Jones was at first sceptical about the capacity of screen-printed enamels on float glass to do any sort of justice to his vision. However, over time he realised he could use these techniques to convert the flat and inanimate surface of float glass into something alive and dynamic. The colours he was painting in, although printed, could capture the energy of his original brushstroke. Having always revelled in the texture and the uniqueness of each piece of genuine mouth-blown glass Jones found he could create texture in float glass. The major difference is that now he is more likely to be putting the resists for the acid on with a broom that with a small paintbrush. The scale may be different but the effect is the same.

As these images show, Jones is primarily a painter who works in glass, converting his canvases into large expressionistic works of art. He is a wonderful colourist, actively seeking to create some form of dynamic tension in this works, otherwise they will “lack any real life”. Now based in the south-west England, he has made works for sites on almost every continent and in every imaginable context, but particularly in synagogues and churches and Corporate Headquarters.

Most recently he completed a 520 sqm project for Hong Kong Airport. This used a mixture of airbrushed transparent enamels onto slumped glass, and a rear layer of digitally printed enamels to add myriad details to the overall compositions. 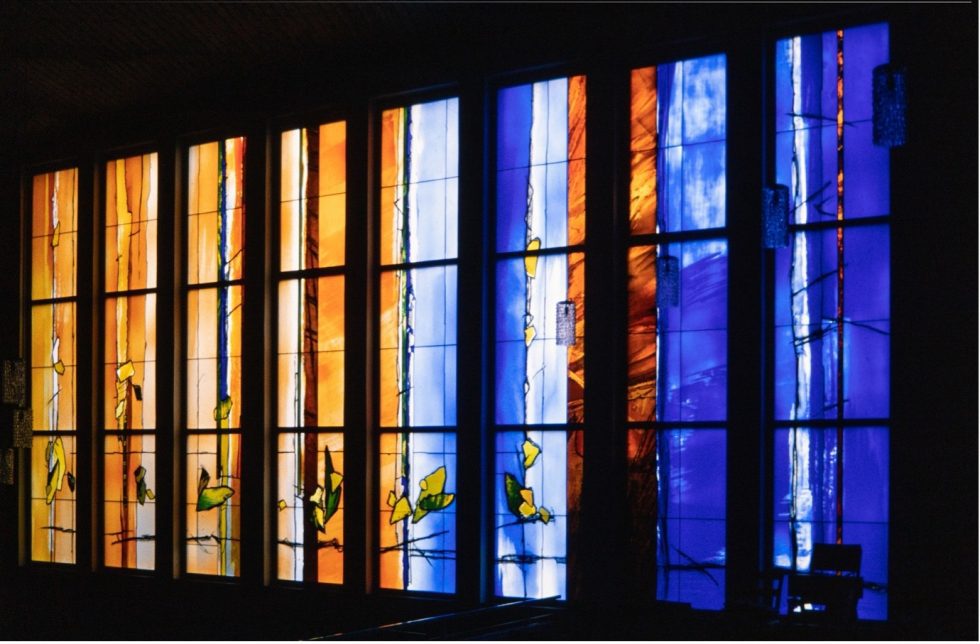